All of us are very interested in customizing the look of our windows 7.
Dock’s are really nice applications to pimp your desktop!

Here’s a small review of some Dock Application’s:

My personal favorite! I really love this dock application because it’s the most stable dock app available in the market and that too free!

I have been using this from past 3 years.
This app sits along one edge of your desktop. It’s modeled after the Mac OS X launch toolbar and contains shortcuts for launching programs and opening files and folders. You can also extend the functionality of the dock using docklets and the look of the dock is customizable.

This is the dock app by Stardok Corporation which is a bit popular name out in the market.

Getting onto the application, It’s rich in features. Initially you will love this app but after the days pass, it will annoy you by crashing.It’s my personal experience.

There is also a paid version ($19.95) of ObjectDock that allows you to create as many docks as you want and to add tabs to your docks. It also provides Aero-Peek-like functionality for improved task switching and allows you to access your system tray icons on your dock.

XWindows Dock is a free dock program for Windows that emulates the Mac launcher toolbar. It’s completely customizable and contains graphics effects like reflections, transparency, shadow, blur, etc. Their site claims that they use only the latest technologies and that “you get the most powerful, stable and fastest dock for Windows platform.” The new plugin manager also provides a new stack container, similar to the Stacks docklet available for RocketDock, with fan/grid views.

The dock can be placed on any edge of your screen or in one of the corners. You can completely customize the appearance with themes and custom icons and add functionality with docklets. It’s many features and the ability to minimize programs to the dock makes RK Launcher a great Taskbar replacement.

The docks functionality and features are similar to Stardock’s Objectdock.They are like brothers of another mother. 😀

The Winstep Nexus Dock is a FREE professional dock for Windows. With Nexus, your most frequently used applications are only a mouse click away – and Nexus turns working with your computer into a fun and exciting experience.

Also there is a paid version which costs $24.95

In the end I would recommend to go for Rocketdock because it’s Free, Stable and has millions of ad dons on its site. 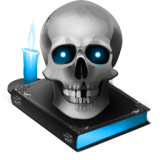 Hello to all.I am a non-professional graphic designer who love's to do customization stuff .
Now i also love to blog about Customization. :)